What are Idiopathic Inflammatory Myopathies?

Idiopathic inflammatory myopathies are a group of rare autoimmune muscle disorders. They characteristically involve myositis, meaning inflammation of the muscles (myo = muscle, itis = inflammation). This results in symmetrical proximal muscle weakness (thighs and upper arms). Other areas of the body can be involved, such as the lungs, heart and gut.

The myopathies are grouped into 3 main subgroups:

Myositis can also be associated with other autoimmune diseases such as SLE, Sjögren’s Syndrome and systemic sclerosis.

Polymyositis and Dermatomyositis are rare diseases, affecting 2 people out of 100,000. They mostly affect adults (aged 40-50), although children can be affected, this is called Juvenile Dermatomyositis. Males are slightly more commonly affected than females.

The cause of these autoimmune conditions is complex and not fully understood, but a person’s genetic makeup and environmental factors are important. Genetic studies have found subsets of autoantibodies that help determine the symptoms and progression of the disease.

Environmental factors such as certain infections have been associated with self-limiting forms of myositis. Patterns of affected people with myositis suggest that UV light exposure and vitamin D may play a role. Certain medications have been linked to developing myositis, the most commonly recognised group are statins used to treat high cholesterol. Stopping these medications usually results in disease remission. 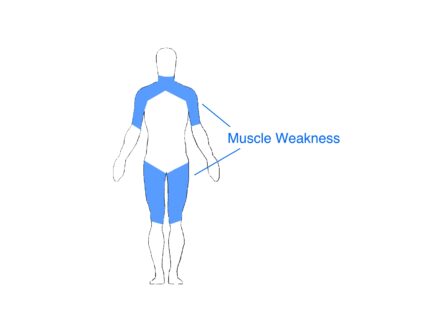 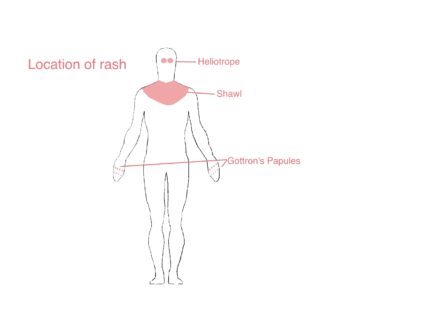 How do we diagnose Idiopathic Inflammatory Myopathies?

Diagnosis is based on the symptoms, examination and investigations carried out. The assessment of muscle strength will be closely examined.

It is important to rule out any other conditions that could mimic the same symptoms.

Regular monitoring of muscle strength and blood CK will be used to ensure the myositis is under good control.